Bingay mine site is a possibility 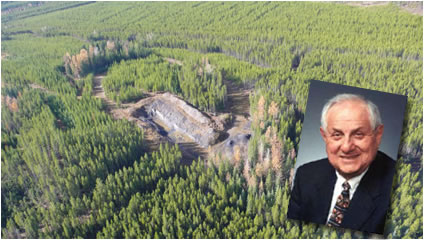 Centermount Coal Ltd. will soon be entering into the feasibility stage with the Bingay Creek mine site north of Elkford.

The Elkford Chamber invites you to a presentation to learn more about the status and scope of the project and the economic and social benefits for the Elk Valley.

Mr. Austin served as deputy minister of Energy, Mines and Resources, Canada, and chief of staff to Prime Minister Pierre Trudeau. After his elevation to the Senate, he served in the Canadian Cabinets of Prime Minister Trudeau and Prime Minister Paul Martin.

From 1993 to 2000, Mr. Austin served as president of the Canada China Business Council and from 2000 to 2003 as deputy chairman. He assisted in the building of a close relationship for Canada and China in commercial development. He received his law degrees from the University of British Columbia and Harvard Law School and practiced law in Vancouver for over 20 years in trade and commercial law.