Another 187 hotel rooms slated to be built in Revelstoke

Media reports are indicating that the latest venture to receive city council approval is an 85-room, four-storey Ramada Inn. 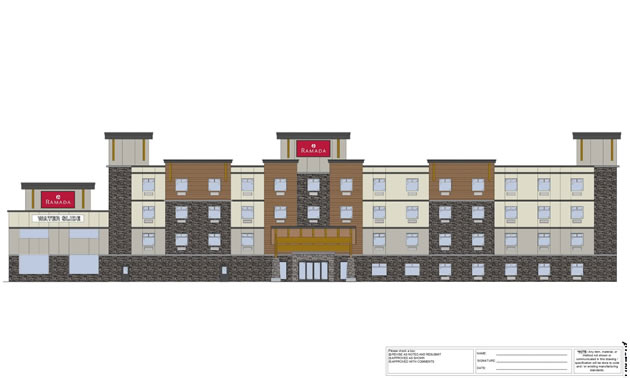 An artist's rendition of the Ramada Inn complex slated for Revelstoke. — Photo: City of Revelstoke

It looks like Revelstoke's burgeoning accommodation and hotel sector is about to grow by another 187 rooms in the near future.

Four different groups have applied and received approval to build more hotel rooms in the city located along busy Highway #1.

Media reports are indicating that the latest venture to receive city council approval is an 85-room, four-storey Ramada Inn. It is to be situated on the property that Vancouver developer, Hall Pacific, wanted to build a strip mall on earlier this year but failed to get city approval.

Here are the proposed new hotels for Revelstoke:

Two Golden businessmen—Paul Duetsch, who owns Golden’s Rockwater Grill and the popular Whitetooth Bistro, as well as Mike Dhami, proprietor of the Ramada Inn and Days Inn in Golden—are reported to be the proponents of the newest project.

Some have speculated that the proposed restaurant may be a Boston Pizza franchise, also like the one in Golden.