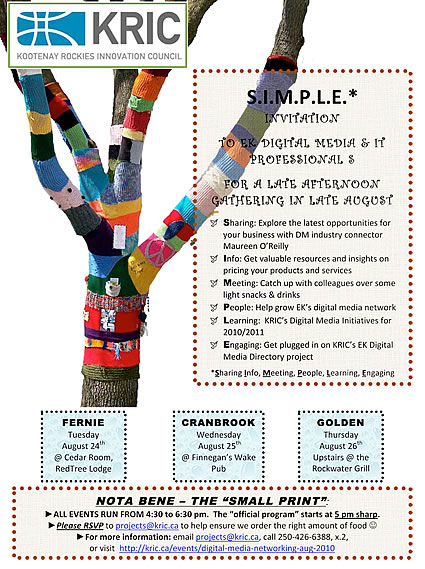 Join us later this month for what we’re affectionately calling a S.I.M.P.L.E. gathering (Sharing Information, Meeting People, Learning & Engaging), an event aimed at supporting you and the development of the digital media and IT sector here in the East Kootenay.

As part of our Sector Initiatives for 2010/2011, KRIC is excited to host three value-packed events for digital media and IT professionals/entrepreneurs across the East Kootenay and we are inviting YOU! Chose from three dates and locations:

We look forward to seeing you there.