First the writing, then the marketing 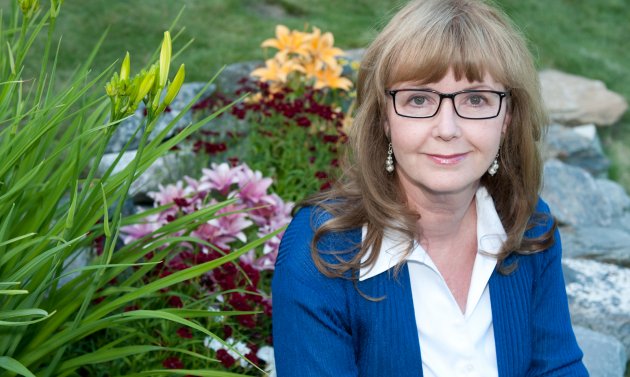 Elinor Florence, a career journalist who grew up in Saskatchewan and now lives in Invermere, B.C., is embarking on a book tour of the East and West Kootenay in mid-November to promote her first historical novel, Bird's Eye View.

Comfortable in both the digital and hard-copy worlds of the publishing business, Florence was happy to talk about her book and to share her insights about the writing life in general and the marketing end of publishing in particular.

Could you briefly describe your book?

My first novel, Bird’s Eye View, was published one year ago. It is the only novel ever written in which the main character is a Canadian woman in uniform. My heroine, Rose, is a Saskatchewan farm girl who joins the air force during the Second World War, goes overseas and becomes an interpreter of aerial photographs. There she spies on the enemy from the sky, searching out camouflaged bomb targets on the continent. She keeps in touch with the home front through frequent letters from her family and friends back in Canada. And, of course, there is a romantic element as well.

Are you a full-time author, i.e., do you make your living primarily as a writer?

I consider writing to be my occupation since 2010, when I sold my community newspaper in Invermere called The Columbia Valley Pioneer. I don’t know anyone who makes a living as an independent writer. Writers must supplement their income with regular jobs, speaking engagements or teaching. For all but the best-known authors in the country, writing is indeed a labour of love rather than a living.

When you are working on a book, what does a typical work day look like?

When I am researching a book, I work sporadically throughout the day and sometimes late into the evening, searching out facts on the computer, interviewing people and reading. For my wartime novel Bird’s Eye View I read dozens of non-fiction books about Canada’s role in the Second World War. Some of the smallest aspects of research can be the most time-consuming. For example, I had difficulty finding out whether Canadian women who served in the British forces were allowed to wear a Canada badge on their shoulders, as the men did. I finally found an old photograph showing a woman wearing a British uniform with a Canada badge, but it took hours of combing through photographs on the Internet.

When I am in the process of writing, I’m very disciplined and I keep office hours. I sit down at the computer by 9 a.m. and I work until 5 p.m. with an hour break at lunch time.

For the past two years, I have also spent a couple of days each week on my non-fiction blog called Wartime Wednesdays. I started the blog as a way of sharing much of the information I gathered while researching my wartime novel, but since then it has taken on a life of its own. In two years, I have written the equivalent of another full-time book of non-fiction, including original interviews with veterans and descriptions of various aspects of Canadian life on the home front during the war, from rationing to knitting.

I also have other writing commitments. I write a regular monthly column for The Senior Paper in Regina, Saskatchewan, and I contribute articles to other websites and publications such as this one.

What is your best advice to other writers?

That’s easy. DO NOT wait for inspiration to strike. I learned this the hard way, after procrastinating for years. I had the mistaken belief that I would be gripped by some creative brainstorm that would compel me to start my novel. Just the opposite is true. You must sit down no matter how uninspired you feel and force yourself to start writing. During the process, you must give up a lot of other things—including hobbies and family time. Some days are less difficult than others, but it is never easy. I must say, however, that the satisfaction in seeing a published book is worth every sacrifice.

As a writer, how do you handle rejection?

Like most people, I have a strong desire for approval so I suspect I wouldn’t handle rejection very well. I was so fortunate that the first publisher that read Bird’s Eye View accepted the book, Dundurn Press in Toronto. It’s a good fit for them, because they are the largest Canadian-owned publisher with a special interest in history. And I’m also lucky because the majority of reviews posted on Amazon and Goodreads have been very positive. I think if I received a really bad review I would stew about it for days. And by the way, if you do like any book, please post a review. There is no better way to thank an author.

E-reader or hard-copy book—what's your preference, and why?

I honestly don’t have a preference. I read both types of books. I tend to read more hard-copy books because many older ones are not available in digital format. On the other hand, I discovered the Gutenberg Project online, which is a website where many older books whose copyrights have expired can be downloaded for free. I just downloaded all six volumes of The Barchester Chronicles, by Anthony Trollope. When I’m travelling away from home, I prefer to read e-books. While we were in Florence, Italy, recently, I purchased the book A Room With a View by E. M. Forster online for 99 cents and read it because it is set in Florence.

Is it difficult to compete with the Internet, and how do you deal with that?

I have found the Internet to be a great marketing tool and it has allowed me to reach readers all over the world. Many people connect with me through my blog (although I always think that word, shortened from “web log,” is such a stupid word—I prefer to think of my blog as an old-fashioned newspaper column). Others read my book and then emailed me to tell me how much they loved it. Living in an isolated location like Invermere is a challenge because I don’t belong to a writing group and I’ve never been to a writing conference. Some days I feel as if I am toiling away in the wilderness! So the Internet is also a great way to connect with other writers.

I spend a couple of hours a day on social media. I have both a personal and professional Facebook account, and a Twitter account. I post items there of interest to history buffs and to other writers—and most importantly, to people who follow my writing. I also keep my Events page updated with information about where I am appearing next and include photos of my recent events. Since my book came out last year, I have participated in about 75 events at book stores, museums and libraries.

How did your previous career as a journalist help you to become an author?

Obviously research and writing are skills I have been practising all my life. I started reporting at my home town newspaper in North Battleford, then went on to The Western Producer in Saskatoon, and then to dailies in Red Deer, Winnipeg and Vancouver. After moving to Invermere in 1996, I was a regular contributor to Reader’s Digest for eight years. I think writing for the Digest gave me the best experience in telling a good story in a dramatic way. I was a specialist at writing the articles called Drama in Real Life, and I brought that understanding to my wartime novel. But oddly enough, my background as a journalist was an actual handicap when it came to writing fiction. After decades of being told not to make anything up, suddenly I had to make up stuff! That was especially challenging when it came to dialogue—putting words into the mouths of my fictional characters.

Do you have any particular mentors or people who have inspired you along the way?

My parents were and are my inspiration. My father served in the Royal Canadian Air Force while my mother worked on the home front during the Second World War. After the war, they married and purchased land in Saskatchewan and turned it into a successful farm. They were smart, hard-working, and taught their three children that anything is achievable. My father died a few years ago, but my mother June Florence is 91 years old and lives near me in Invermere. I dedicated my novel to her. They were truly members of The Greatest Generation.

Are you working on another book?

I have just completed the manuscript for my second novel, which concerns a different aspect of Canadian history. My heroine, Molly, inherits an abandoned farmhouse in the Peace River area of Alberta on condition that she and her little daughter live there for one year. It is located far from town and off the grid, so she must learn the pioneer arts in order to survive. She is guided by the diary of her great-aunt, the original homesteader who lived in the house. The diary describes the tribulations of the early settlers in that part of the world. I’m now waiting to hear from my publisher about this novel.

What are you currently reading?

Because I read so many non-fiction books for research, I stick to fiction for entertainment. A couple of years ago I decided that I would find books that are humorous and uplifting, hopefully with a happy ending. Recently my book club in Invermere, where I have been a member for the past 19 years, read The Art of Racing in the Rain by Garth Stein. We all loved that one because it is written from a dog’s point of view and very amusing.

Would your own novel be suitable for a book club?

Oh, yes. I know that my book has been read by book clubs in Toronto, Edmonton, Wetaskiwin, Melfort, Nanaimo, New Westminster and here at home in Invermere. I have spoken to several of those clubs, and I’m open to invitations from any others. I love telling people about my book.

Invermere author Elinor Florence embarks on a book tour sponsored by the Kootenay Library Federation in mid-November. At each location, she will present a one-hour slide show of some fascinating vintage wartime photos, and talk about the research behind her novel, Bird's Eye View. She also dresses up in a wartime vintage outfit including stockings with seams!

Here are the dates:

Florence will also be at Lotus Books in Cranbrook with several other Kootenay writers as part of a Kootenay Authors event from 1:30 to 3:30 p.m. on Saturday, December 5.

You may find more information about the author's events, read her biography and check out her Wartime Wednesdays blog by visiting her website at www.elinorflorence.com. Bird’s Eye View is available through Chapters and any independent bookstore and can be ordered online from Amazon. It is also available as an e-book.