Spinning the positive in Sparwood

Sparwood’s mayor and council focus on the community’s strengths and inner resources. 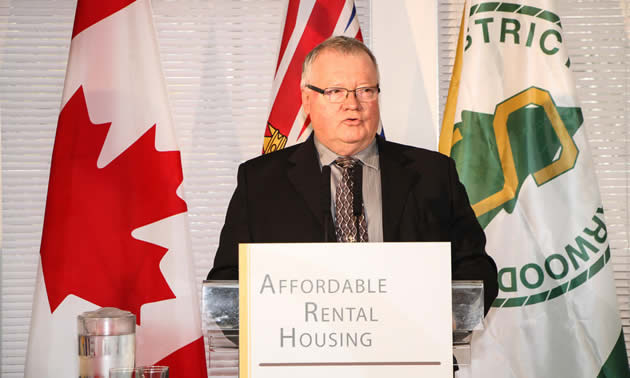 Cal McDougall served as the mayor of Sparwood, B.C., from 1996 to 2005. Last year he stood as a candidate for that position again, and the people of Sparwood welcomed him back; he was re-elected mayor in November 2014.

We asked Mayor McDougall a few questions and learned more about him and about the year that’s past.

You’ve been back in harness for a whole year now—how does it feel?

You know, I finally feel like I’m getting my feet on the ground and getting a better grasp of where we are and where we’re going. It’s been a pretty steep learning curve, but I’m pretty happy with where we’re at right now, notwithstanding the economy.

What’s something you’ve learned this year about your community?

I always knew we were capable of hunkering down—as a resource-based community we’re accustomed to economic ups and downs. Now, though, I’ve really noticed that people are willing to support each other and ride this thing through. I think that’s a pretty strong attribute for a community.

How does the economic situation challenge you and your council?

It’s important that as a municipal group we stay positive and work together,

As mayor, how do you handle the challenge?

We are focusing on the good things that are happening. There’s some development—a Tim Horton’s will be opening here soon;  we still have five active coal mines in the area, and the highway traffic keeps coming through. We need to make sure that the infrastructure is solid and our recreation facilities are good. We’re planning for the future and getting through this.

What do you see as your council’s main strengths?

We have two returning councillors and four who are brand new. It’s a respectful and diverse group in terms of age and experience. It’s also a very positive group, which is nice to see in local politics. Our councillors are quite ready to speak up, and we have healthy debates. Once the debates are over, they take the decisions as their own and move on.

If all conditions were favourable, what would be the first thing you’d like to focus on for the community?

We had some major projects ready to get started before the price of coal fell. Teck was going to build (a facility) for 300 staff. Joy Global was looking at building a multimillion-dollar warehouse and office complex right across the highway. Groundwork had already been done for a hotel construction.  Because of the economy, that’s all been put on hold, and it’s understandable.

What I’d like to see, if everything were back to normal, is for those projects to go ahead as planned. I’m confident that will happen once the economy improves.

What would you say are five important elements of success?

Strong leadership, co-operation, consensus, being a good listener, respect for the opinions and ideas of others.

What’s a good piece of advice you received in the past?

Stick to what you believe in. That’s done me well over the years.  When you’re in the public eye, you might have a tendency to believe that the opinion of the last person you talked to is the opinion of everyone, and that’s not always the case. You have to be strong enough to step back, with respect, and look farther.

What’s the most meaningful compliment you’ve ever received?

Compliments are a rare thing for a politician—it’s always the naysayers that you hear from—but occasionally someone will express appreciation, and we do treasure it.

We—staff and council—strive to keep our community looking nice and fresh, and we do get compliments on that—how well the lawns are kept up in summer, and the efficiency of snow removal in the winter.  It’s nice when people recognize that.

I was in business for myself for over 30 years, and that was risky. People who think that being in business is a piece of cake have never been in business. It’s very rewarding, but it can be punishing as well.

I’ve always gone by the premise that "good things happen to good people." Not everything is going to be perfect and rosy, but eventually, if you have good people around you, good things will happen.

We’re trying to plan and be ready for when the market turns around, and we’re being careful not to overcommit our finances—it’s kind of a precarious balance.

We’re continuing to do some base work right now to make it easier for businesses to get started. We’re putting together a package for new businesses so they know what’s required of them and who to contact—kind of a checklist so they can get started in the right direction.