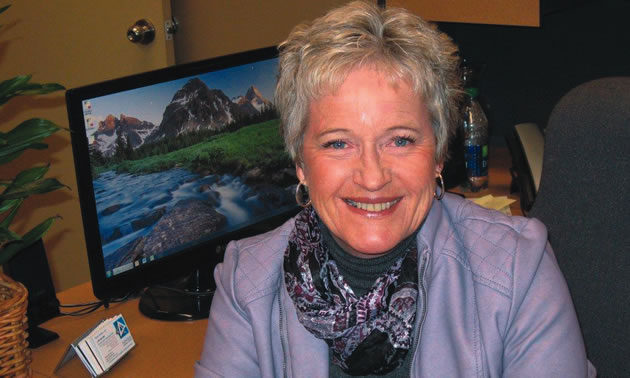 Norma McDougall, the new manager at the Sparwood chamber, is excited about everything that's happening. — Photo courtesy Norma McDougall

This coming year looks like a busy one for the Sparwood region. Norma McDougall, the new manager of the Sparwood & District Chamber of Commerce, said there is a lot planned for 2013.

McDougall and her husband, Cal—who was mayor of Sparwood, B.C., for almost 10 years—raised their family in the area. They owned the local Express Mart in Sparwood for years, and have been involved in the business community for as long. When McDougall was approached about the chamber manager position, she said it seemed a natural fit.

“I am very excited to be in this position, and very much looking forward to working with all our membership and business community in the year ahead,” said McDougall. "The biggest goal for 2013 is to work with the membership—we want to reach out to members, get everybody on board.”

The Chamber of Commerce Golf Tournament, held during the local Coal Miner Days, and the small-business community Christmas party were both very successful in 2012, and will be planned again for this year. McDougall said these two events are the chamber's biggest fundraisers, and present a great opportunity to mingle.

McDougall said she would like to see four or five business luncheons take place, as well as Business after Business events.

“The local landscaping and nursery held one last year, and it was a great event,” said McDougall.

Sparwood has a very busy summer season, and the Sparwood & District Chamber of Commerce always attends the Calgary Outdoor and Travel show in March, to get Sparwood on the map and in the minds of travellers for the coming year.

McDougall said that the chamber enjoys a very good relationship with the local district and council.

“We work together very well,” she said.

Sparwood is also looking forward to seeing the new Best Western hotel constructed in the area, said McDougall. The project is scheduled to start in spring, and the chamber is pleased to see new businesses in the area.