Judy and Dale Garrett, owners of Garrett Ready Mix, have spent a quarter-century building a reputation for quality 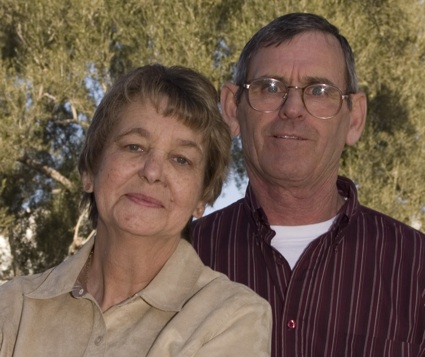 Judy and Dale Garrett have built Garrett Ready Mix on a foundation of quality and service. — Photo courtesy Judy Garrett

Garrett Ready Mix has been a fixture in the Elk Valley for the past 25 years. Owned by Judy and Dale Garrett, the Sparwood-based business has contributed to a number of major fixtures, from the ski lifts at Fernie Alpine Resort to the bridges on Corbin Road.

Dale worked for the previous owners and purchased the business from them when they were preparing to close. After changing the name to Garrett Ready Mix, he and Judy proceeded to build a business with a reputation for quality—they haven’t had a structural failure in the history of the business—as well as strong client relations. They have worked with many of the same contractors for years.

Garrett Ready Mix has sponsored several community organizations, such as the Fernie Ghostriders. Judy said that a project she is particularly proud of is the Fernie Skate Park.

“It was something we put together and promoted for the kids and it turned out really well,” she said. “It’s used a lot and we did donate quite a bit towards it.”

The business now employs 10 people, as well as hiring seasonal workers during the busy summer and fall months. Despite the economic downturn, Garrett Ready Mix has been able to capitalize on the influx of tourism-based projects. The past decade has brought constant business to the company.

“There used to be a seven-year cycle, when we were busy and then it would slow down,” said Judy, “but in the past eight or nine years it has just been steady. There hasn’t been any real lull, and this year has been extremely busy.”