Poised for more than coal

Sparwood is expanding its tourism and recreational base 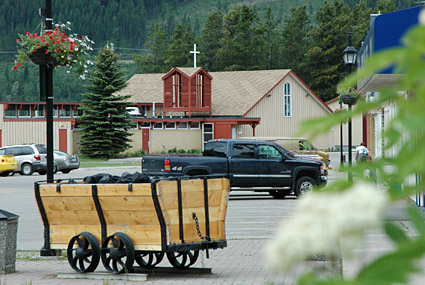 The community of Sparwood pays tribute to its coal resources. — Photo by Tanya Laing Gahr

Sparwood is a community that has extensive coal resources. However, it is also a community that is diversifying and expanding to include a variety of tourism draws and recreational facilities.

Muriel Stickney, the past 2009 Sparwood Chamber of Commerce president, said that Teck employs a large number of Sparwood residents and that the company is supportive of the communities that it is in.

“A lot of the clubs in the area have to rely on Teck’s support,” said Stickney.

Stickney said that with the Whiskey Jack Resort development and the rebranding of the community, Sparwood will be poised for growth and diversification.

“The community is progressing,” said Stickney. “I think things like (the golf course and rebranding) will create changes in the community of Sparwood.”