Sparwood may weather the downturn better than many will 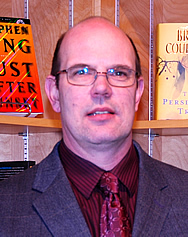 Sparwood mayor David Wilks is confident the community will remain strong and viable during and following the economic downturn. “I don’t think our economy will be affected as badly as others only because, looking at the coal industry, it appears that it will weather the storm,” said Wilks. “Teck is a fairly substantial company on the world market and they’ve set themselves up to weather that storm.” As well, Wilks said Whiskey Jack Resort—which has been a self-funding endeavour—is on track to begin construction on Phase 1 of the housing development this year.

On the topic of federal stimulus, Wilks was unhesitant about where he believes the government should spend money to speed economic recovery. “Infrastructure, infrastructure, infrastructure,” he said. “Certainly, from the District of Sparwood’s perspective, we have several projects that are shovel-ready (for which) we have made applications to the federal government for their stimulus package—if you want to call it that, or financial budget—that will be dealt with shortly.” Sparwood has also been proactive in its approach to a cyclical economy, said Wilks, and he believes the community will be able to sustain itself while waiting for the inevitable upswing. “We’re a community that is probably unlike many other communities in Canada because of our healthy reserve funds,” he said. “That being said, we are cognizant of the fact that we have to be conservative in what we do. But because we’re in a world recession doesn’t mean that the world stops going around, so we’ll take this opportunity to complete some of the projects in the hopes the government will match us (in investment).”