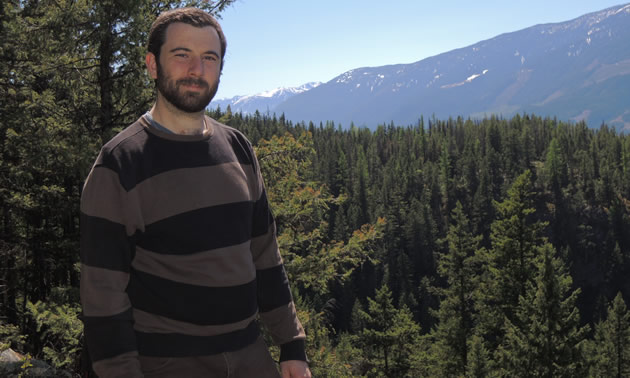 Brendan Murray-Nellis has had a couple of very close brushes with catastrophe, and it was those experiences that nudged him toward his study of acupuncture.

“When 9-11 happened I was living close enough to New York City that I saw the smoke rising,” he said, “and four years later Hurricane Katrina destroyed my house in New Orleans. I’ve seen first-hand how people—including myself—deal with that kind of trauma.”

It was after those dramatic events that Murray-Nellis learned of an acupuncture treatment that can help people deal with trauma. That simple acupuncture technique—applied to the ears—was used in Haiti after the earthquake in 2010.

Murray-Nellis moved to Kaslo, B.C., to be close to his parents and an aunt and uncle, and in March of this year he opened his health-care practice, Raven Acupuncture. He has found the residents of the community to be very open to alternative health-care options—perhaps more so than people in larger communities with easier access to doctors and hospitals.

“I thought about locating my practice in a larger centre,” he said, “but I’d rather be in a smaller place where people are open and aware of alternative options. I like small towns.”

Providing care where it's needed

Murray-Nellis mostly works with people who are dealing with advanced, severe conditions, many of which are painful and debilitating. While he affirms that there are psychological as well as physical aspects of health where acupuncture can be of help, most of his service is related to the physical.

“We’re coming to a bit of a crisis in health care because of decreased funding, inability to replace practitioners who are retiring, and the increasing need for service for our aging population,” he said.

Murray-Nellis is making no claim that acupuncture is a cure-all. He acknowledges that sometimes it takes several modalities through several practitioners—along with changes in behaviour and time to allow for a cumulative effect—to achieve healing. Intention is also important.

Interestingly, the same technique useful in treating trauma is helpful in treating addiction, and Murray-Nellis would like to find funding to run a free addiction clinic to provide some degree of help, as he used to do at Our Place Society in Victoria, B.C.

Murray-Nellis is interested in learning more about the medicinal properties of local herbs. He speculated that in the winter, when the population in Kaslo diminishes, he may have time to both study and offer some other health-support options.

“Even though I haven’t been practising here for long,” Murray-Nellis said, “I’m getting lots of great feedback. That’s very satisfying and it’s also great advertising.”