The RDKB celebrates its 50th anniversary 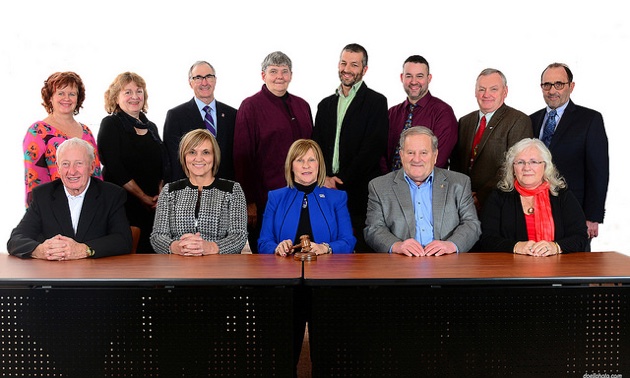 The Regional District of Kootenay Boundary (RDKB) officially turned 50 on February 22, 2016, following its Kootenay neighbours. The regional districts of the Central and East Kootenays both celebrated their 50th anniversaries near the end of 2015.

Although the official anniversary date has come and gone, the celebrations won’t begin until May and will last until September. “We’re just too geographically broad to have a party on February 22, because where would we have it that would make everybody happy? We go right up to Big White and then past Champion Lakes toward Salmo in the east here,” said RDKB manager of corporate administration Theresa Lenardon.

To bypass this geographical problem, the 50th Anniversary celebrations will begin on May 27 at the Beaver Valley May Days and end on September 18 at the Rock Creek Fall Fair with stops in the other three electoral areas in the district throughout the summer. The five electoral area directors will have a table or tent at the various festivals to celebrate the anniversary. “We’re going to have a cake, some swag and informational pieces about educational and awareness topics from the regional district, whether it’ll be on wildfires or something like that,” said Lenardon.

The full list of events can be found on the RDKB 50th Birthday Celebration page on their website, which will be updated as more dates are confirmed. The page itself provides some history on the RDKB from when it first started with some fun facts, such as the number of employees then and now as well as some general information as to why regional districts came to be in the first place. In case you are wondering, the RDKB had two employees at conception and now employs 66 full-time and 45 part-time staff. The RDKB has also created a logo celebrating the 50th anniversary, which is a piece of the original logo with a red banner and the anniversary date. This will be used as a branding item in email signatures and correspondence from the regional district to raise public awareness of the anniversary.

Every regional district has seen its share of issues since incorporation, and the biggest issue for the RDKB over the last 10 years has been the Warfield, Rossland and Trail sewer services. The RDKB took over the sewer services from the city of Trail and since then the service has been reviewed on an ongoing basis.

The issues in the Boundary region of the district are largely focused on branding the communities as tourist destinations, which includes trail and park services.

As you might have guessed, fire protection services are a big issue recently in the Rock Creek and Grand Forks areas after last summer’s fire season. It was the first time that the RDKB actively used their Emergency Operations Centre, which is located in the Greater Trail Community Arts Centre. The RDKB continues to put its citizens' needs first heading into the future, as it has always done over the last 50 years.