Skilled hand cutting is the key 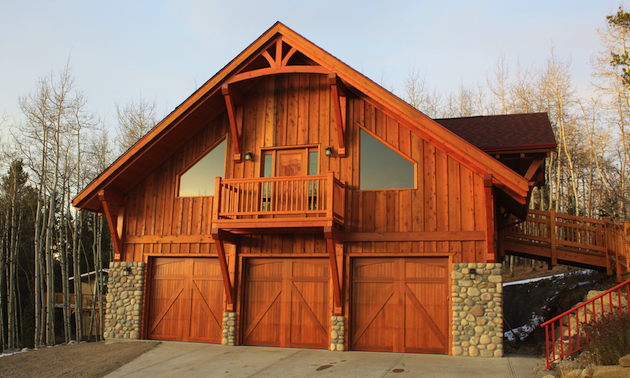 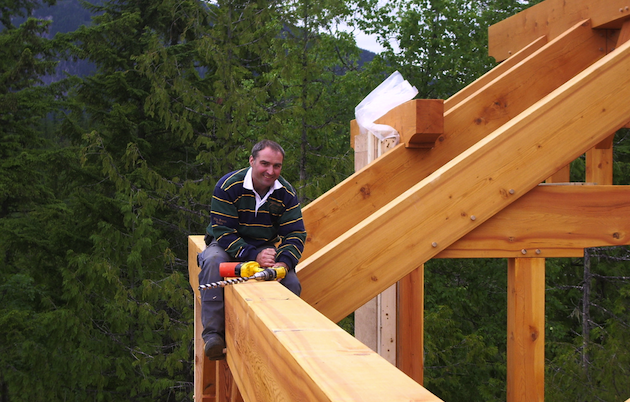 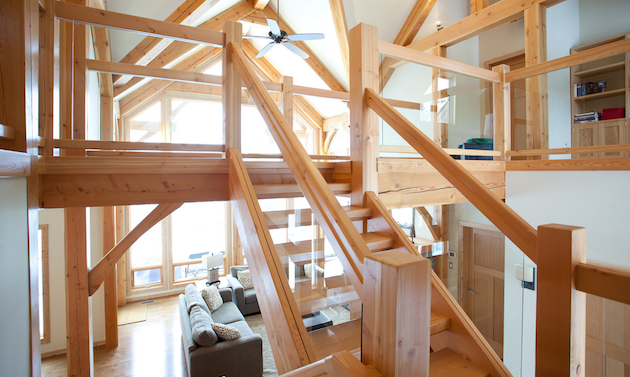 This year, International Timberframes is celebrating 10 years of success in Golden, B.C. The owner, Sigi Liebmann, a Swiss master timber framer, has been working in the industry since 1986. He is passionate about the traditional hand-cutting method of timber framing and has built homes across Canada and beyond.

International Timberframes is run by Liebmann with six to eight staff members. The company specializes in the art of timber frame houses from design to installation. Liebmann uses architectural plans or draws his own designs to create a 3D model of the whole structure, has engineering completed and cuts the wood the traditional way: hand cutting using traditional cutting tools. Liebmann and his staff then complete the project with installation.

Liebmann came to Golden in 1999 from Switzerland, where he completed his apprenticeship and became a master timber framer. When he first arrived in Golden, he worked with a timber frame company and helped to start up that business. He then started his own business, International Timberframes, on March 20, 2003.

"I have worked on homes as far as Quebec City and Missouri, U.S. We have quite a bit going on in Canmore, Banff and Calgary as well, but I try to stay as local as possible," said Liebmann, who has current projects in Golden, Revelstoke, Radium and Kelowna.

Hand cutting is the key

The most important part of his business, according to Liebmann, is the hand cutting.

"One point I really try to stress is the importance of keeping the craft alive," said Liebmann. "Where you have actual qualified people who know how to cut timbers by hand rather than just stick wood into a CNC machine. With hands-on experience you can take the time to look at each piece of wood to make sure it's the right size, the best side faces the right way and that it fits into place."

The most rewarding part for Liebmann, however, is installation. He said it's an amazing feeling to go on to a job site and within a couple of days see the structure standing.

International Timberframes does a wide range of work: smaller projects such as timber frame stairs, decks, mantelpieces and railings right up to homes big and small, additions and commercial buildings.

Liebmann has expanded the business from doing smaller single family dwellings to bigger jobs and more commercial work. Currently, he is building a massive floor and mezzanine in Vancouver. He said his biggest step in the last 10 years has been in gaining an excellent reputation for being able to work on larger projects, not just small components, and his use of almost exclusively free-of-heart timbers. The quality and finished look of timbers that are less prone to twisting and cracking has been critical in some of the very modern and streamlined home designs he has worked on.

"I am always interested in training new people. It is very important to me to have skilled timber framers here in Canada," he said. "We are involved with the timber framing course at the College of the Rockies and the Introduction to Trades program at the Golden campus. We actually worked on a new timber frame entry/walkway into the Golden campus in conjunction with the course and the students helped us build it. I want to make sure young people are getting into the art and craft of timber framing as part of my mandate to keep the craft alive."

Although Liebmann hasn't had time to plan a 10-year celebration, he's hoping to hold a party at some point to celebrate the company’s success and thank his customers. As far as what the future holds, Liebmann is excited to keep growing his company.

"After 10 years, we have established ourselves nicely in the market," said Liebmann. "We have lots of repeat customers and contractors and I am looking forward to doing more great work with them. I think we have shown we have the capacity and the quality to work on a variety of jobs, big or small, traditional or modern." 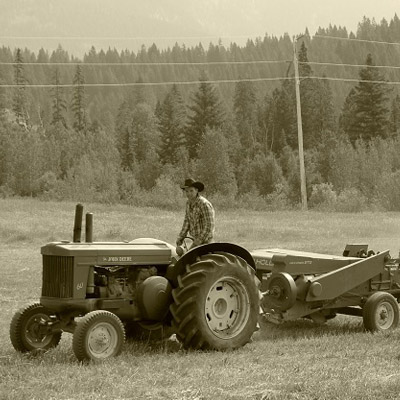 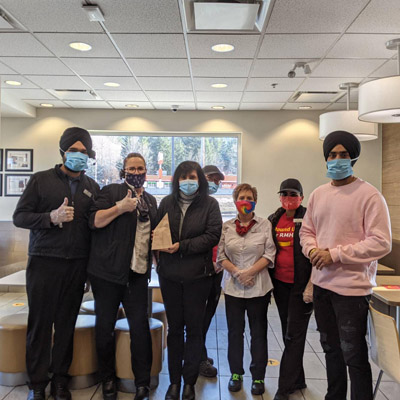