A source of pride in Elkford 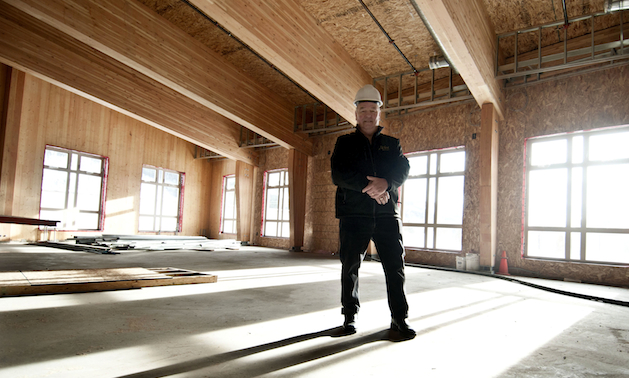 1 of 4Mayor Dean McKerracher stands below a series of cross-laminated beams from Structurlam. — Brielle Will photo 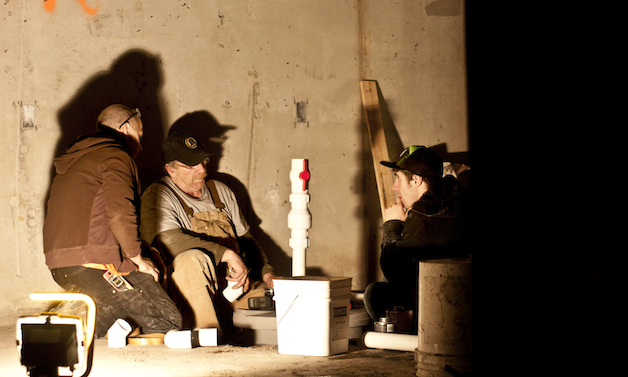 2 of 4Contract workers take a lunch break in the basement of the community centre under construction on January 4, 2012. — Brielle Will photo 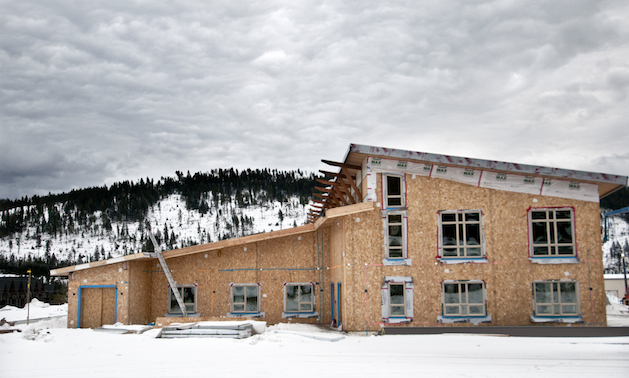 3 of 4A view of the west side of the community centre under construction on January 4, 2012. — Brielle Will photo 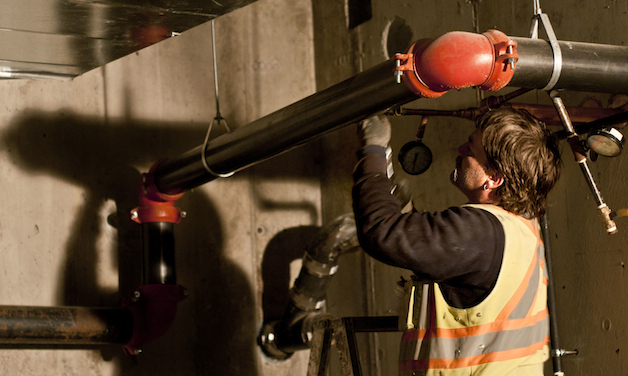 4 of 4A contract worker works on the piping in the basement of the community centre under construction on January 4, 2012. — Brielle Will photo

A fire that destroyed the community centre may have devastated the residents of Elkford, but it also sparked some positive changes.

In 2007 a fire burned the community centre in Elkford to the ground, and after months of negotiating a settlement, the District agreed to build a replacement facility. The new facility is approximately 16,700 square feet and it is currently being constructed using innovative new technologies.

The building will feature angular curves and, according to Gil Hui with Douglas Sollows Architect Inc., one of the project architects, the roof will be heightened to imitate the linearity of rock layers in the Elkford area. Laminated wooden beams and posts produced by Structurlam Products utilize wood that is recycled product from pine beetle damaged woods in B.C.

“(It’s the) first application of cross-laminated timber in building design in North America,” said Hui. “The structural design is integral to the aesthetics of the building.”

The type of panels being installed in the new community centre were initially used in Europe several years ago, but this is the first time that a project in Western Canada will feature this design. The construction was delayed for two months, but progress quickly recovered. Hui anticipates that his company’s portion of the project will be complete by spring 2012.

“It’s the first building of this kind in North America,” said Dean McKerracher, the mayor of Elkford. “It’s unique in itself because there isn’t a building that I know of in North America with both the CLT (cross-laminated timber) and SIP (structural insulated panels) panels in it.”

A large team of contractors and subcontractors made this project possible, but each party agreed that nothing would have been possible without financial aid. A donation of $1 million was given by Teck, $45,000 came from the Canadian Wood Council, $300,000 was donated by Columbia Basin Trust, $400,000 came from the Province of B.C. Towns for Tomorrow grant and $10,000 was contributed by Mike Sosnowski, the Area A director for the Regional District of  East Kootenay.

“There were a lot of fingers in the pie,” said McKerracher.

Douglas Sollows, the principal of Douglas Sollows Architect; Jon Medori, the engineering project lead of Associated Engineering Ltd. in Lethbridge, Alberta; and Mark Porter, structural engineer from Associated Engineering Ltd. in Burnaby, B.C., made critical contributions to this project. John Paone, a partner with Alfred Horie Construction Company Ltd. with offices in Burnaby and Fernie, B.C., is the project manager, integrating all aspects of the construction. The project is scheduled for completion by spring 2012.