A milestone for Fording River 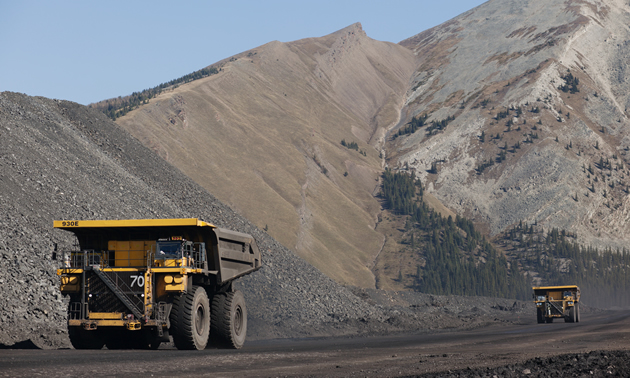 1 of 4Fording River Operations is the largest of Teck’s five mines in the Elk Valley; it has been in the production of high-quality, hard-coking coal for steelmaking since March 15, 1972. — photo courtesy Teck 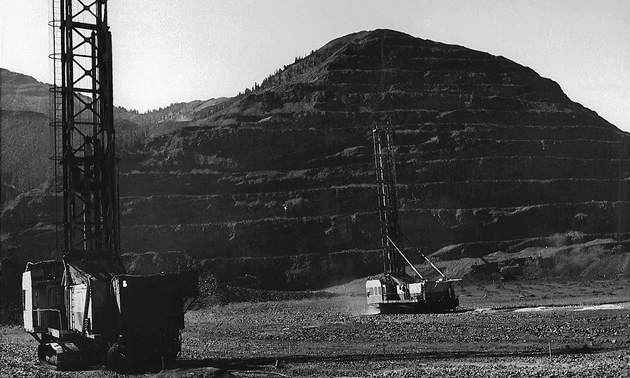 2 of 4A variety of specialized equipment has been used to mine coal at Fording River, such as the drills shown in this photo. The mine currently has five drills. — photo courtesy Teck 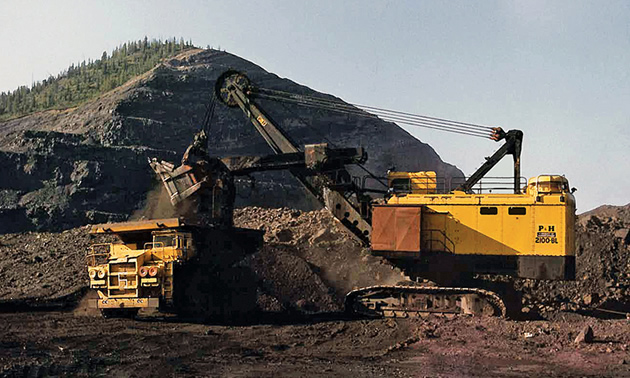 3 of 4Fording River is an open-pit mine with a truck and shovel fleet. It may have seemed large at the time, but the equipment in this photo is actually smaller than what is used at the mine today. — photo courtesy Teck 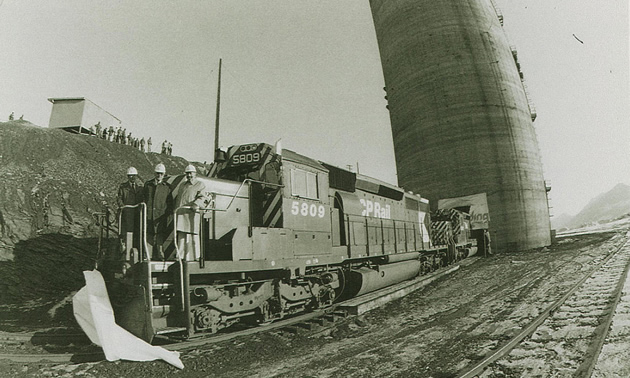 4 of 4This photo was taken in November of 1980 when Fording River Operations opened at new silo at the mine; the silo is used for storing processed coal before it is loaded onto rail cars. — photo courtesy Teck

It was 40 years ago on March 15, 1972 when Fording River Operations put the first load of coal on rail cars bound for seaports in Vancouver.

Located 29 kilometres northeast of Elkford, Fording River is the largest of Teck’s five coal mines in the Elk Valley and produces steelmaking coal as well as a small percentage of thermal coal.

Fording River is an open-pit mine with a truck and shovel fleet of nine P&H shovels, 66 Komatsu and Caterpillar haul trucks with 240- to 320-tonne capacities, five drills, five wheel loaders and 15 Caterpillar dozers. This year, Fording River added eight 400-tonne Caterpillar 797 haul trucks to its fleet. According to Richard Tremblay, who is the general manager of mine operations at Fording River, the Cat 797s are the largest trucks in the world.

Evolutions in the industry

Tremblay moved to the Elk Valley 19 years ago and worked at Teck’s Line Creek, Elkview, Coal Mountain and Greenhills operations before taking his current position at Fording River six years ago. He said the mining industry in the Elk Valley has changed a lot over the years.

“Coming together as one underneath Teck has been a pretty significant change,” said Tremblay. “Previously, it had three different owners operating the mines in the valley and being part of one company has been quite a positive change — providing a lot of synergies in the valley.”

The demand for steelmaking coal has increased as well.

“The general trend in the business with moving from what previously was a very tight, oversupplied market that you operated with lower margins to today where there is a high demand for the high-quality, steelmaking coal that we produce in the higher margins has kind of changed the business model to a degree,” said Tremblay.

The coal that is produced at Fording River is loaded onto rail cars at the mine and hauled to Westshore Terminals Ltd. Partnership and Neptune Bulk Terminals (Canada) Ltd. in Vancouver, as well as Ridley Terminals Inc. in Prince Rupert, where it is then shipped to international markets, such as China. Fording River supplies coal for steel mills in Thunder Bay, Ontario, as well.

A demand for workers

When Fording River commenced operations in 1972, there were between 500 and 600 employees at the mine. Now it employs more than 1,200 residents of Elkford, Sparwood, Fernie and the Crowsnest Pass, as well as people from other communities in B.C. and Alberta.

Tremblay said a lot of the employees at Fording River have been at the mine for several years, and that some of them are nearing retirement. The challenge now is to find skilled workers to replace them. He said there is high demand for tradespeople, such as heavy-duty mechanics. Fording River offers apprenticeship incentives, and Tremblay said that the mine is also partnering with local colleges and members of the mining apprenticeship program to help bring more people into the mining industry.

Managing more than 1,200 employees is no easy task, and Tremblay said that he relies on a good senior team of delegates to help him interact with and address the needs of his employees.

Tremblay believes in treating his employees fairly and keeping them focused on safety, which is a core value at every Teck mine. Employees must complete a courageous safety leadership course when they are hired and complete field-level hazard assessments before each task.

“Our main goal is everyone going home safe and healthy every day,” said Pinky Sandhu, who is the general foreman of mine operations at Fording River.

After four decades, Fording River is still going strong. At current production rates, the coal reserves at Fording River are projected to keep it going for another 30-plus years. According to Tremblay, there will be job opportunities at Fording River to support future generations of families.

“Fording River is a great operation,” said Tremblay. “It is a large operation and there are complexities associated with that, but the employees are a lot of fun. (There are) a lot of good people (who) have been working here for a lot of years. I think there is a long, bright future.”