The good, the good and the ugly

Don McCormick talks about Kimberley’s conference centre, the SunMine and wildfire interface, and how they’re being managed 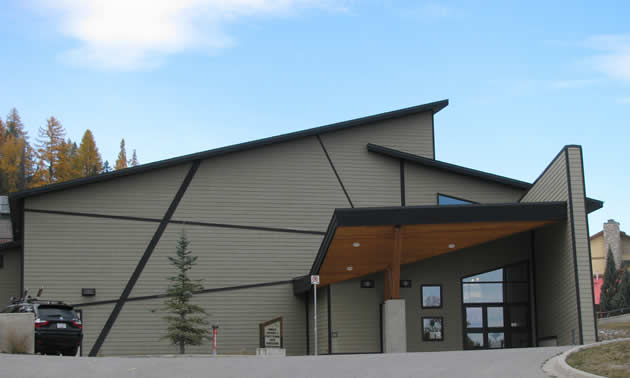 The Kimberley Conference & Athlete Training Centre is now under the management of Resorts of the Canadian Rockies. — Marie Milner photo

A couple of Kimberley’s important assets have been getting media attention recently, and we spoke about them with Kimberley’s mayor, Don McCormick. Here is an abbreviated version of our conversation.

What’s going on with the Kimberley Conference & Athlete Training Centre?

Contrary to what some people may think, the conference centre has not been sold. In January 2018 the City of Kimberley entered into an operating agreement with Resorts of the Canadian Rockies (RCR), and RCR is now fully responsible for all profit-and-loss activities associated with the conference centre. The subsidy that the taxpayers were putting into the conference centre (about $120K/year) has been stopped, and we continue to own the $7-million building and lease it out—it’s a big win for everyone involved.

Conferences as a business are lucky to break even. It’s really the accommodators and restaurants who are the big winners in this—that’s where the money is. RCR owns Trickle Creek Lodge and Polaris Lodge, and they also have food-and-beverage outlets, so that’s where the profit is for them in bringing conferences to town.

Can you give us the latest on the SunMine?

At long last, the City has a letter of intent from Teck to purchase the SunMine. The City does not have the $2 million needed to expand the SunMine, and without that, we would soon need to start subsidizing the facility. The SunMine is considered to be a utility, so the electorate has to approve the sale. We had a referendum in October, and the community agreed that we should go ahead with the sale to Teck.

Tell us about Kimberley’s very close brush with disaster a couple of months ago.

Pretty much all of British Columbia is forested, and no matter where you live in the province, you need to be aware that we may be on a collision course with wildfires. We experienced that in Kimberley this summer. For 18 days, everybody kind of held their breath, waiting to see if the worst would happen. Fortunately, it did not.

Municipalities—Kimberley included—need to pay more attention to their fire interface. It’s the community’s last line of defence, and we need to make sure that our interface can stop a fire, should one ever get that close. Far more money is being spent on fighting fires than on prevention. Given the severity of the fires in the last two summers, we need to see a policy change that allows us to make some progress.

The City has been investing $200 to $300K per year for the past dozen years or so to manage and reduce the fuel load in our interface, and we’ve touched only about 10 per cent of the interface around Kimberley—which is mostly Crown land, governed by provincial policies and regulations. We’ve been advocating strongly with the province to help us with this critical means of preventing a devastating fire here.

It would be helpful if the forestry companies could be involved in reducing the ground fuel, as they have the equipment and the training. People in rural areas are encouraged to use FireSmart principles to protect their properties.