A fulfilling career in building

For Cezary Ksiazek of Rossland, the attention he puts into his spec homes is just a part of doing work that he enjoys

2 of 4Ksiazek uses a lot of wood and natural interior design in his houses. — Photo courtesy Cezary Ksiazek 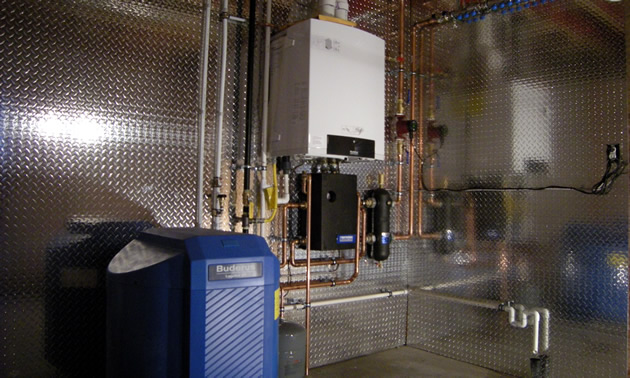 3 of 4This European heating system is one that Ksiazek uses in every home he builds. — Photo courtesy Cezary Ksiazek 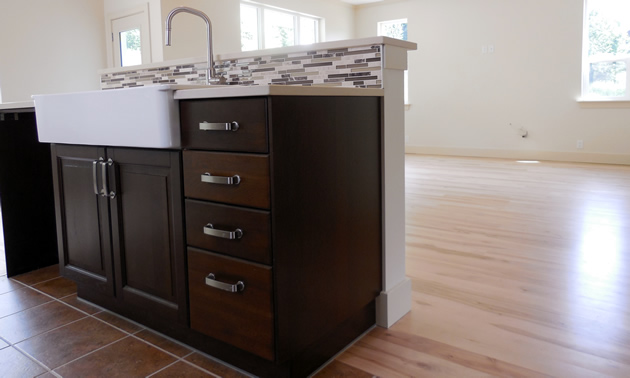 Cezary Ksiazek didn’t choose construction as his original career. He graduated with a masters of science from Poland, but after building for a friend in the United States and immigrating to Canada, Ksiazek studied construction in London, Ontario, and hasn’t looked back since. Today, he builds spec homes through his company, Rossland Builder.

Although he used to work for clients, Ksiazek has found that spec homes offer the style of construction that he most enjoys. He works with one employee because there are no pressing timelines and he ensures that his projects are done right. Knowing he’ll be doing the finishing on a home means that he puts exceptional care and attention into all the measurements and details. He said that when a client is planning a custom home, there is pressure on deciding every detail. However, the purchase of a home that is already built is like buying a car—a customer can see the finished product before making a final decision.

There are several notable aspects to Rossland Builder that set the company apart. Customers can upgrade their current local home for one that is for sale through the company, exactly as if they were exchanging their vehicle at a lot. (Given his penchant for vehicle analogies, you would think Ksiazek was a car salesman instead of a fisherman in his earlier life.) It’s a new initiative, and Rossland Builder is looking forward to seeing how much interest the option garners in the area. Ksiazek also uses a German-technology heating system, installed by MBN Mechanical, in all of his new homes. The thermostats are outside, and Ksiazek claims that the systems are 25 per cent more efficient than are the other natural gas heating systems that are generally installed, all for a reasonable price.

“The heating boiler is German technology and it’s small. That’s why it’s so efficient,” said Ksiazek. “Let’s say that you have four bedrooms, a living room and three bathrooms. You can make every room a different temperature. So I’m sitting in one bedroom, and it can be plus 5 degrees. Your bedroom is 25 degrees and the next bedroom can be 10 degrees . . . European technology is much, much more advanced. There’s no question about it. Windows, energy efficiency, heating, how to use the space—we (Canadians) are not even close.”

Ksiazek’s European heritage has affected his house designs in other ways as well. He uses a lot of wood and natural elements throughout his buildings. For engineering and architecture, he has a firm belief that a builder should not be involved in designing his or her own project, and so he uses local company Fritsch Plans Workshop Inc.

“When I design a house, I’m looking to make it easy so it would be easy to build,” said Ksiazek. “So you’ll have very small windows and very low ceilings. I don’t want to have to build a big sliding door and put a big header on it—that’s a headache for me. I’d just put in a small door and be done. I took two courses in basic architecture, and the lady who taught the course told us the first day to never ever try to design. And she was right.”

Although he has other projects on the go, Ksiazek is looking forward to his plans of developing an affordable housing project in Rossland on a piece of land that once held Cooke Avenue School. After several years, he has yet to receive full support from Rossland’s council on his plans for fourplexes, intended for young families, and apartments. Still, he hopes to eventually offer the homes at less than $300,000, providing another option in the Rossland housing market. Ksiazek believes that the plans fit with Rossland’s official community plan and will benefit the community overall.

After living and building in the area for 14 years, Ksiazek, who has lived all over the world, said he has found a beautiful place to call home. He also builds because he enjoys it, believing that there is immeasurable value in finding a job that you enjoy. Despite the challenges, creating buildings for people to call home is something he finds fulfilling.

“You work on the roof and it’s very hot,” said Ksiazek. “Your back is sore because you bend it all the time. But after six or seven hours of work, you leave and you see that 25 per cent of the roof is done. (It gives) a sense of enjoyment to know that you did it all with your own hands.” 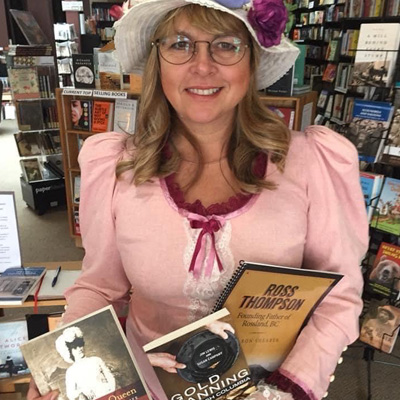 The Gold Rush Bookstore is a valued part of the downtown Rossland business landscape.