The Small Communities Fund is providing just over $87 million to 26 recipients throughout the province. 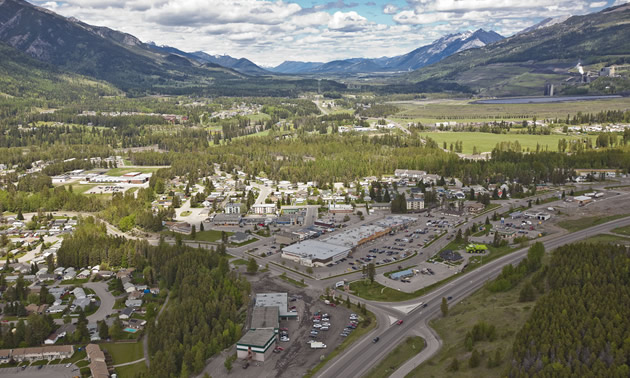 An aerial view of the District of Sparwood. — Photo courtesy Sparwood Chamber of Commerce

The District of Sparwood is a receiving a joint federal-provincial Small Communities Fund grant worth $5,117,466, announced Kootenay East MLA Bill Bennett on behalf of Minister of Community, Sport and Cultural Development Peter Fassbender and Minister of Transportation and Infrastructure Todd Stone.

The grant will go toward new construction and modern safety improvements to the Middletown Crossing -  Highway 3/43 intersection including:

The Small Communities Fund is providing just over $87 million to 26 recipients throughout the province.

The Small Communities Fund is part of the New Building Canada Plan, which includes $1 billion for projects in communities with less than 100,000 residents. In B.C., the fund received $109 million from both the provincial and federal governments, for a total of $218 million in infrastructure funding, for projects that support economic growth, a clean environment and stronger communities.

The Province’s contributions through the Small Communities Fund is one of the key ways the B.C. government is taking action to strengthen, grow and diversify rural communities. This funding builds on the immediate investments and long-term action plan outlined in B.C.’s Rural Economic Development Strategy that are expected to create over 26,000 jobs and add $2.8 billion to provincial GDP.

“By aligning municipal, federal and provincial dollars, the Small Communities Fund eases the challenge of meeting the infrastructure demands that small communities face – ultimately benefiting British Columbians throughout the province. Projects supported by this fund – whether in public transit, drinking water, green energy or , wastewater management – will leave lasting impacts in their communities.”

“When public infrastructure in many of our smaller communities is in need of repair or upgrade, the high costs associated are often difficult for a community alone to bear. However, when senior levels of government act together, we can facilitate these important infrastructure improvements and build stronger communities throughout B.C.”

“This is a major investment in new construction and state-of-the-art safety improvements that local commuters will very much appreciate. The fact that the provincial and federal governments are partners in this effort speaks well to a collaborative approach and achieving positive results.”