Cummins Western Canada in Sparwood is a field-service branch with a total of 29 employees. 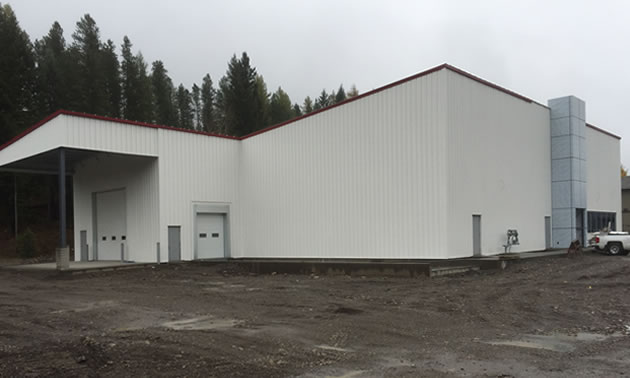 Construction on the new Cummins building in Sparwood is coming along nicely. — Photo: KBM

Construction on the new Cummins building in Sparwood, along Highway #3, is progressing rapidly.

As Kootenay Business magazine reported earlier in the year, "Heavy equipment service center, Cummins Western Canada, embarked on building a new facility in Sparwood.  The new building is located on Sparwood Drive, next to PJB Cranes, and will replace their current location across the Highway."

Construction is being performed by Scott Builders Inc., of Calgary — Cummins Western Canada in Sparwood is a field-service branch with a total of 29 employees. The branch is responsible for commissioning and servicing the high-horsepower diesel engines that power large equipment—primarily haul trucks—at all five of the coal mines owned by Teck in the Elk Valley.

There is no official opening date as of yet for the new Cummins facility—though it appears that the building project is nearing completion and could be operational by year's end or into the new year.