This will be the first of its kind in Canada, where the solar credit is returned on the customer’s electric bill. 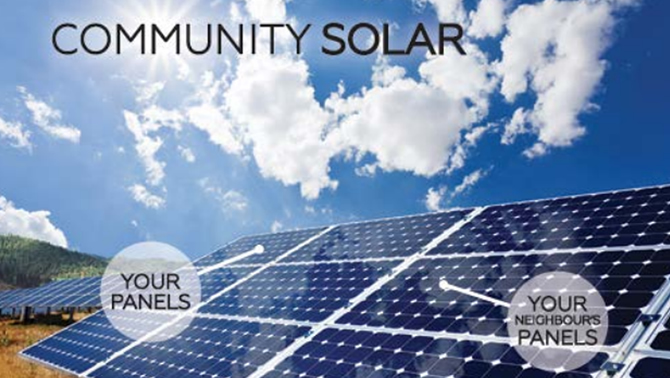 Nov 3, 2015, Nelson, BC—The City of Nelson’s electric utility, Nelson Hydro, is set to offer solar energy to its customers. This type of community solar project makes solar more accessible, since not everyone can install solar PV on their own roof, due to shading, renting or cost. This will be the first of its kind in Canada, where the solar credit is returned on the customer’s electric bill.

Last night, city council heard updates on the location, equipment selection and updated costs for the budget. Mayor Deb Kozak says, “The concept of this solar project is attracting a lot of attention, with several communities looking at Nelson to lead the way. It’s this forward thinking and community spirit that makes Nelson such a great place to be.” The next steps will be to amend the relevant bylaws, and public roll out.

The solar panels will be located at the Bonnington Generation Station, where Nelson Hydro already produces hydro electricity. The solar generation is sold on a per panel basis, and the customer is credited on their electricity bill in proportion to their investment for 25 years. The size of the project will be 50kW or more, depending on customer demand. For a 50kW array, which is approximately 200 panels, it is estimated that the array could generate about 61,440 kWh per year. The credit would be measured in kWh’s, based on the current electricity rate, so the value of the credit will increase as the rate goes up.

EcoSave Program Coordinator, Carmen Proctor, states, “In order for this project to become a reality in the Spring of 2016, we need to presell 150 panels, and if we sell more than that in the four week presale phase then the project will be larger and per panel costs will be lower”. At the pre-sale kick off event, the public can learn the details of the project and presales will begin that night. Sales will be on a first come first serve basis. Proctor adds, “With over 350 people on an interest list, I expect a quick sell out, you won’t want to miss it”. The event will be November 17, 2015 at the Best Western in Nelson, doors open at 6:30pm, presentation begins at 7:00pm with presales to follow.