Province-wide, French immersion enrolment has been increasing for 21 consecutive years 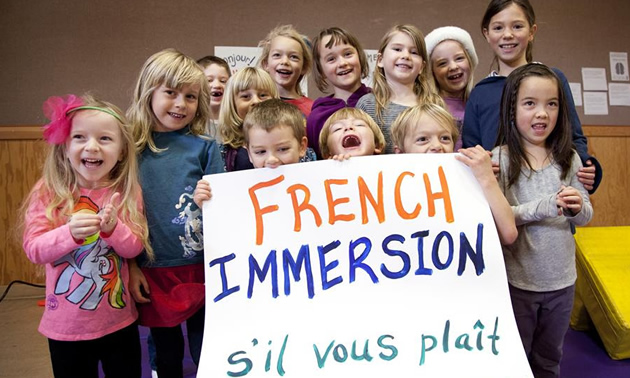 More students in British Columbia are participating in French Immersion than ever before. — Photo courtesy CPF

According to a recently released report, more students in British Columbia are participating in French immersion than ever before.

The report showed that province-wide, French immersion enrolment has been increasing for 21 consecutive years. Enrolment in SD 5 has also hit yet another record this year.

"This year we celebrated 50 years of French immersion in British Columbia. From modest and determined beginnings, this exceptional education program has grown to expand into almost every corner of our province,"  said Greer Cummings, president of Canadian Parents for French BC & Yukon.

"Today we celebrate the strength and resilience of our multicultural and multilingual society. The continued growth of French immersion is a wonderful extension and reflection of our cultural heritage," added Glyn Lewis, Executive Director Canadian Parents for French BC & YK.

According to Stats Canada, Canadians who speak both French and English earn, on average, 10 per cent more, and have a lower unemployment rate, compared to Canadians who only speak one of our two Official Languages.