The Waneta Dam will operate as a non-regulated energy infrastructure subsidiary of Fortis Inc. 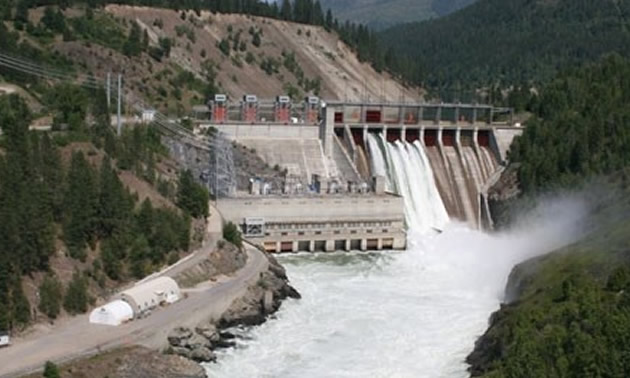 Fortis Inc and Teck Resources Limited have announced an agreement under which Fortis will purchase Teck's two-thirds interest in the Waneta Dam and related transmission assets in British Columbia, Canada, for $1.2 billion cash.

Under the agreement, Teck Metals Ltd. will be granted a 20-year lease to use Fortis' two-thirds interest in Waneta to produce power for its industrial operations in Trail. Annual payments will begin at approximately $75 million per year and escalate at 2% per annum, equivalent to an initial power price of $40/MWh based on 1,880 GWh of energy per annum. Teck Metals will have an option to extend the lease for a further 10 years at comparable rates.

"This agreement will further strengthen Teck's balance sheet and provide significant new capital that can be reinvested to grow our overall business," said Don Lindsay, President and CEO, Teck. "We have secured a long-term power supply for Trail Operations at competitive, below-market pricing and will invest in innovative projects to further enhance and modernize this facility."

"Waneta is a high-quality, renewable energy facility located in an area central to our BC operations, making this acquisition a natural fit with our strategy to increase our investment in sustainable energy," said Mr. Barry Perry, President and CEO of Fortis. "Waneta will be a stable long-term asset that will generate strong cash flows secured by a 20-year lease with Teck. The transaction is expected to be immediately accretive to earnings per share."

Teck expects to realize a net book gain of approximately $800 million on the closing of the transaction. No cash tax will be payable on the proceeds.

Since 2012, Teck has invested approximately $525 million at Trail Operations in projects to improve efficiency, productivity and environmental performance. In addition, Teck has committed $174 million for a second new acid plant which is currently under construction and scheduled to be operational in summer 2019. Teck has also identified, and is currently evaluating, a further $150 million in new projects to improve profitability, productivity and environmental performance over the next five years.

The acquisition of the Waneta Dam, located in the centre of FortisBC's territory, demonstrates Fortis' commitment to and confidence in British Columbia. FortisBC has longstanding roots in the area that span more than a century with FortisBC employing approximately 350 workers in the Kootenay region. In addition to operating four of its own generating facilities on the Kootenay River, FortisBC currently operates and maintains Waneta and the Waneta Expansion.

The Waneta Dam will operate as a non-regulated energy infrastructure subsidiary of Fortis Inc. Fortis will finance the transaction through a combination of cash on hand, debt and equity.

Closing of the transaction is subject to customary conditions, including receipt of certain approvals and consents. In addition, BC Hydro, which owns one-third of the Waneta Dam assets and currently receives one-third of the Waneta Dam generation, has a right of first offer with respect to the sale of Teck's two-third interest under the 2010 co-ownership and operating agreement between Teck Metals and BC Hydro in relation to Waneta. In addition, certain consents and amendments from BC Hydro are required in connection with the transaction. Teck will pay a break fee to Fortis in the event BC Hydro exercises its right of first offer. Closing is expected to occur in the fourth quarter of 2017.

CIBC World Markets Inc. is acting as exclusive financial advisor to Teck Resources with respect to the transaction.

The Waneta Dam, located on the Pend d'Oreille River, has a total capacity of 496 megawatts (MW) of renewable power and generates an average of 2,750 gigawatt hours of energy per year. Teck's Trail Operations utilizes approximately 1,880 gigawatt hours of energy per year from Waneta. BC Hydro has a one-third ownership interest in Waneta and receives approximately one-third of the Waneta Dam generation. Fortis holds a 51% interest in the Waneta Expansion, completed in 2015. This project added 335 MW of new clean power generation from a second powerhouse downstream of the dam. The Waneta Dam is governed by the Canal Plant Agreement ("CPA"), a contractual arrangement between BC Hydro, FortisBC and other plant owners along the Kootenay and Pend d'Oreille rivers. The CPA enables the parties, through the coordinated use of water flows and coordinated operation of storage reservoirs and generating plants, to generate more power collectively from their respective generating plants than if they were to operate independently. Teck's two-thirds interest in the Waneta Dam output is defined and determined in accordance with the terms of the CPA. The CPA mitigates hydrology risk for the Waneta Dam. Also included in this acquisition is the Line 71 transmission line and other local transmission assets. This line enables access to the U.S. power import/export market.

Teck's Trail Operations, located in southeastern British Columbia, is one of the world's largest fully integrated zinc and lead smelting and refining complexes. It also produces a variety of precious and specialty metals, chemicals and fertilizer products. Over half of the product refined at Trail Operations comes from Teck mines.

In 2016, Trail Operations produced and sold 312,000 tonnes of refined zinc and generated $2.05 billion in revenues and $241 million in gross profit before depreciation and amortization.