An information meeting regarding the proposed sale of SunMine will be held on October 1st, 2018 at 7:00 pm in Council Chambers. 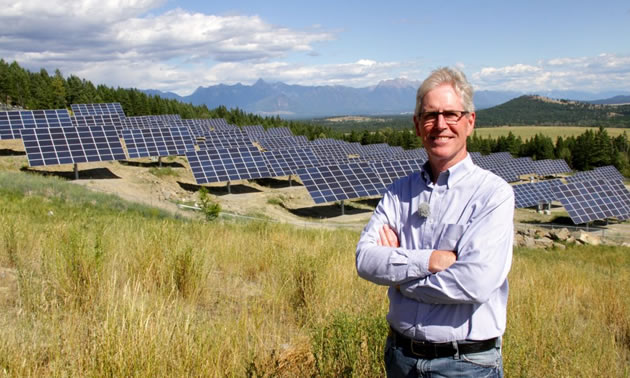 Kimberley Mayor Don McCormick says, Teck is the perfect partner (to purchase the Sunmine) for many reasons." — Photo courtesy SunMine/City of Kimberley

KIMBERLEY, B.C. - The City of Kimberley and Teck have agreed on a Letter of Intent for Teck to purchase SunMine for the outstanding balance of the City’s loan, anticipated to be $2.05M.

The City will conduct a referendum in conjunction with the municipal election in October. The sale of a municipal utility that supplies electrical energy requires the assent of electors. If the sale of SunMine is approved by the electors, a definitive agreement will be concluded between the parties.

The proceeds from the sale of SunMine would be placed in a reserve to maintain the City’s principal and interest payments on the original $2M borrowed for the project.

“I am very excited about finally being able to make this announcement.” stated Mayor Don McCormick. “Teck is the perfect partner for many reasons and this is another great example of Teck’s investment in Kimberley as a legacy community”.

“Teck’s investment in SunMine aligns with our commitment to climate action and our goal of supporting the development of alternative energy sources,” said Marcia Smith, Senior Vice President, Sustainability and External Affairs. “SunMine will provide us the opportunity to lean more about solar power and better understand its potential application at other Teck sites.”

A referendum information package will be made available, and an information meeting regarding the proposed sale of SunMine will be held on October 1st, 2018 at 7:00 pm in Council Chambers.

In November 2011, the City of Kimberley conducted a referendum on borrowing up to $2M to construct a two (2) megawatt solar facility to be known as SunMine. Seventy six percent (76%) of Kimberley’s resident electors voted in favour of borrowing the $2M.

In the 2011 referendum information package, the City stated that it “anticipates that this project will be self-sustaining and pay for itself through the sale of the solar-generated electricity to BC Hydro through their standing offer program. Since the revenue received from the sale of energy will more than cover the loan payments and the annual operating costs there will not be any increase to City of Kimberley property taxes.”

In the first three years of SunMine’s operation, more than $570K in revenue has been generated and $32K has been allocated to reserve for future maintenance and capital replacement. Although SunMine has been financially self-sustaining for the first three years of operation, these costs are expected to increase. This could result in SunMine requiring subsidization from municipal taxation to cover future operational costs.