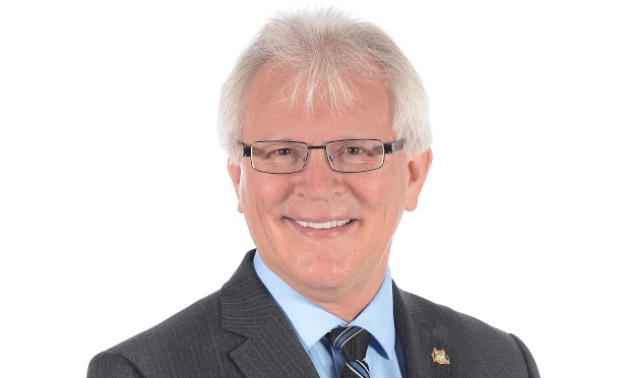 “I am very glad to see this positive outcome for Kootenay-Columbia consumers,” Stetski said. “We must maintain competitive prices for rural residents’ fuel needs, and this decision confirms that.” — Photo courtesy Wayne Stetski

Responding to a letter from Kootenay-Columbia MP Wayne Stetski about the CanWest/Superior propane merger and its impact on East Kootenay, the Competition Bureau has ordered Superior Propane to sell some of its assets and to open up customers’ contracts.

“This is good news for East Kootenay residents and for many rural residents across Western Canada” Stetski said. “It will help ensure competitive market prices for propane, which is so critical to many Kootenay-Columbia families for cooking and heating.”

Last February, Superior announced that it was buying the propane business from Canwest. For much of East Kootenay, this would have resulted in only one supplier selling propane in the region—a monopoly situation that could have forced prices sky high.

As soon as he learned of the merger, MP Stetski wrote the Commissioner of Competition and requested an examination of the impact on consumers, writing, “Those companies are the only providers of propane in this part of my riding where propane is commonly used to fuel home heating and cooking, in addition to recreational uses. Reducing the competition to one company may have negative repercussions in terms of price and service. Natural gas is not available in the Columbia Valley.”

The Competition Bureau announced the results of its investigation and the remedies it is applying. Specifically, they have ordered Superior to sell its propane assets in 12 markets, including Golden and Castlegar. They also ordered Superior to “waive contract terms preventing Canwest customers from switching suppliers,” in a number of regions, including the East Kootenay region including Invermere, Golden, Cranbrook and surrounding areas.

"Propane is a necessary energy source to many Canadian households and businesses. Our review of the proposed merger concluded that Superior’s acquisition of Canwest would likely have resulted in consumers paying higher prices for propane in western Canada, northern Ontario and the Northwest Territories. We are pleased that the Bureau was able to work together with Superior and Canwest to find a solution that addresses our concerns," wrote Matthew Boswell, Senior Deputy Commissioner, Mergers and Monopolistic Practices Branch in a news release.

“I am very glad to see this positive outcome for Kootenay-Columbia consumers,” Stetski said. “We must maintain competitive prices for rural residents’ fuel needs, and this decision confirms that.”