With this planned purchase, BC Hydro will have complete ownership of the dam and the Waneta Generating Station. 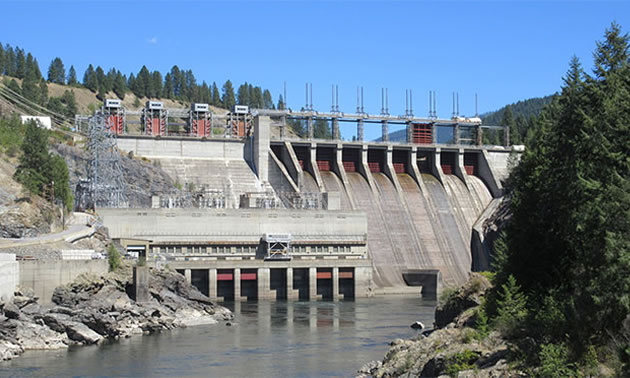 VANCOUVER – BC Hydro today announced it plans to purchase the remaining two-third ownership interest in the Waneta Dam and Generating Station in Trail, B.C. from Teck Resources Limited (Teck) for $1.2 billion. The purchase is forecast to have a beneficial financial impact each year, helping to keep rates affordable for BC Hydro’s customers.

“BC Hydro was presented with a unique opportunity to purchase the remaining two-thirds interest in the Waneta Dam and our analysis shows that this purchase is in the best interest of our customers. Our number one priority is to keep rates low, and this purchase will help make rates more affordable,” said Ken Peterson, Executive Chair of BC Hydro.

The transaction includes a 20-year lease agreement where the electricity generated from the two-thirds share will continue to supply power to the Teck smelter in Trail at set prices. Teck also has an option to extend the lease by a further 10 years. As a result, this decision has no impact on BC Hydro’s energy supply and demand balance.

“We are excited about this opportunity to secure a source of clean, reliable power at a cost-effective price along with a long-term lease for that power,” said Chris O’Riley, President of BC Hydro. “The lease will provide a long-term stable supply of power to the smelter, supporting local jobs and economic development for many years to come.”

With this planned purchase, BC Hydro will have complete ownership of the dam and the Waneta Generating Station. The final decision to move forward is subject to a number of conditions, including approval by the BC Utilities Commission.

“Our government is committed to making BC Hydro rates more affordable and I’m encouraged that BC Hydro’s analysis indicates this purchase is a step in that direction,” said Michelle Mungall, Minister of Energy, Mines and Petroleum Resources. “Now, the BC Utilities Commission will be provided with the opportunity to conduct a thorough review to confirm the benefits of this transaction to ratepayers.”

In May, Teck announced it had reached an agreement to sell its two-thirds share of the Waneta Dam and Generating Station to Fortis Inc. When BC Hydro purchased a one-third share of Waneta in 2010, it negotiated a right of first offer on any future sales of the remaining two-thirds interest retained by Teck. As a result of this agreement, Teck offered to sell the two-third interest to BC Hydro on substantially the same terms and conditions that it was prepared to sell to Fortis Inc.

“Securing a long-term source of clean, reliable power at a cost-effective price to continue serving the Trail smelter is a great development for the entire province,” said Katrine Conroy, Minister of Children and Family Development and MLA for Kootenay West. “At the same time, Kootenay jobs and economic investment will strengthen as a result of BC Hydro’s purchase of the Waneta Dam.”

BC Hydro conducted an in-depth review of the opportunity to purchase the remaining two-thirds interest in the dam. BC Hydro’s Board of Directors was briefed frequently throughout the process and gave its final approval last week. Government performed its own due diligence and endorsed the decision.