Once complete, the Kootenay Operations Centre will be the central location for key electricity operations in the region. 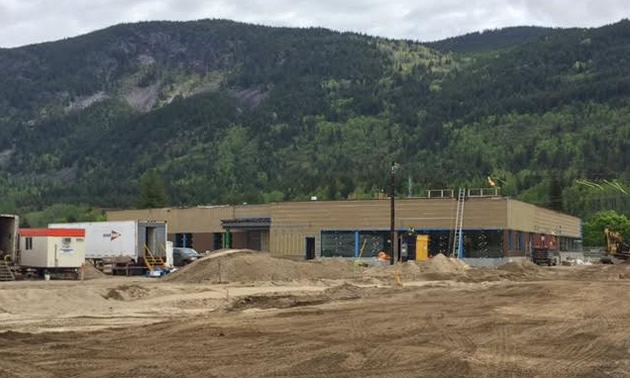 The FortisBC Kootenay Operations Centre is nearing completion and slated to be finished towards the end of 2017. — Photo courtesy Mark Anderson/KPI Media

Over the last year, Vic Van Isle Construction and a host of sub-contractors have been busy at the 10-acre location in the Oosteshina area of Castlegar.  The project is nearing completion and is slated to be wrapped up later in 2017.

This is a notable project for both FortisBC and for the community of Castlegar, with an overall project cost of close to $23 million dollars which includes items like the land purchase and construction, migration costs and equipment purchases. FortisBC has invested over one billion dollars in electric assets since acquiring the electric business in 2004 and this latest investment is the first new building for electric operations since 2002 when the Benvoulin Operations Centre was built.

The Kootenay Operations Centre is one of the ways FortisBC is meeting the challenge of addressing aging infrastructure while carefully balancing the cost of improvements on the impact this can have on rates. After exploring many alternatives for addressing aging facilities in South Slocan, FortisBC found that constructing a new facility and centralizing their Kootenay operations to be more cost-effective over the long-term. It also offers a number of additional service benefits such as improved communications and project coordination within departments, reduced travel time and improved safety. Castlegar was chosen because of its central location to FortisBC’s electric operations in the region.

After extensive consultation with community stakeholders and a regulatory process with the BC Utilities Commission, FortisBC received permission to build the new facility in March 2016.

FortisBC has been in the news lately with their $1.2 Billion purchase of Teck’s interest in the recently expanded and upgraded Waneta dam south of Trail.

Once complete, the Kootenay Operations Centre will be the central location for key electricity operations in the region. The facility will be approximately 30,000 square feet and will contain office and crew space, material storage and a dedicated Emergency Operations Centre. Approximately 100 transmission and distribution services employees will operate from the new facility. It is expected to open October 2017.