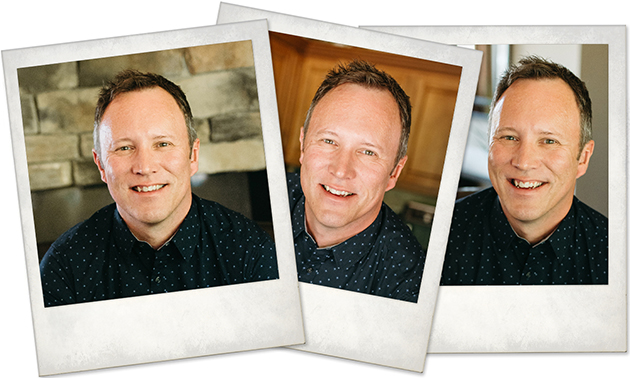 Cranbrook resident, Phil Aston, didn’t take the usual route to become a licensed Realtor® in British Columbia. Aston was born in England and spent 10 years working in Australia before moving to Canada in 2013. He worked as a project manager for Canadian Tire in their IT department analyzing consumer behaviour.

I met Aston at a local coffee shop in Cranbrook and asked how he feels about learning human behaviour by meeting people face-to-face rather than looking at numbers on a computer screen.

“I love it,” said Aston. “It’s so nice to be face-to-face with people again, building those relationships. It’s awesome!”

We now live in a changing world where careers are squiggly and people move locations for a variety of reasons. No one is in a better position to relate to changing housing needs than Aston as he has lived through those changes.

When I asked Aston what his superpower is, he immediately replied:

“I don’t mind a change, it keeps you on your toes, keeps things interesting! I don’t tend to sit on decisions, I weigh it out and if it sounds good I will just get straight into it”

Now, Aston is using his adaptable go-for-it attitude to help people get their dream home in the Kootenays.

Instead of sitting behind a computer screen what exactly does a Realtor® do all day? And what are some of the recent real estate trends in Cranbrook and British Columbia? Here’s the rest of my chat with Aston where he answers 10 questions about being a real estate agent in the Kootenays:

Good question! Previously I was a project manager in IT. Born in England, I spent 10 years working in Australia then moved here to Canada in 2013 and worked for Canadian Tire for nine, almost 10 years. I was chatting with Sandy Smith last summer and she asked if I would consider coming and joining the team. It just kinda piqued my interest—something new and the chance to be able to work more closely with people in the local community rather than the big corporate Toronto machine.

How have you enjoyed going from working behind the scenes in a big corporation to now working directly with people?

I love it! Sitting in front of a computer screen 12 hours a day, seven days a week sometimes—you lose that personal touch. I’ve been able to work in the Cranbrook area and meet a few people every day and do lots of events for the community through Royal Lepage and East Kootenay Realty.

It’s so nice to be face-to-face with people again building those relationships, it’s awesome.

What’s the best part of your job?

It’s meeting new people, and seeing a first-time home buyer actually make that purchase—handing the keys over gives that warm, fuzzy feeling. You’ve helped them make that purchase and it’s a good one—they’re going to be happy there for a long time to come.

Can you share any customer stories that you’ve had?

I had one client who was moving from the coast, wanted to be near family, and originally was looking to buy something land-based where they could put a trailer and split up their summer and winter. And I helped them realize that a trailer and travelling down wasn’t going to be the right thing, and actually what they needed was something small—two bedrooms, and a bathroom. They could rent it out when they're not here and spend the winters down south in the States. I helped steer that decision-making process.

What are some of the local real estate trends you’ve seen?

We’re seeing a move more towards a balanced market. COVID really saw record-low interest rates and house prices going out of control. We’re now seeing interest rates coming up to 5%. Properties are staying on the market a little longer.

The inventory is still there but buyers aren’t as quick to rush in. They’re really keeping an eye on the market and we’re seeing a lot of sales at or just below list price whereas before we had competing offers and it would push that price up. Things are on the market a little longer but it’s probably where it should settle down to what it should have been two years ago. With the way the market’s looking, maybe a couple more interest rate rises over the next six to 12 months, we’ll probably see prices level off and inventory will dip a little.

On the whole, Cranbrook is staying pretty steady, down a little the last couple of months but obviously where we are, suppliers are not as abundant as in the big metro areas like Vancouver or Toronto. We have a finite supply of houses and a lot of people looking so it keeps the market relatively flat.

With more people working from home, have you seen an increase in people wanting to move from big centres to live in the Kootenays?

I’ve definitely seen the working-from-home phenomenon that I personally benefitted from for many years. I worked from Cranbrook and my head office was in Calgary or Toronto. I was lucky enough to work remotely so I’ve had experience there.

We’re definitely seeing more people in those IT industries where you can work at home and do crazy hours but not worry about the commute. There are people from Kelowna, Vancouver, and Calgary who are looking in this area. What’s interesting now is that people are going back to the office, and those big corporations have seats to fill and they get people in there because they’re still paying rent for office space.  It’ll balance out, but there will be more opportunities for people to come here and work farther from bigger cities.

Tell me a bit about yourself. What are some of your interests?

It used to be sun and fun living in Australia! Now I’ve got three kids: 13, 10 and seven so it’s more family life really.

I’m just taking advantage of what the Cranbrook area has to offer. Growing up in England and living in Australia for a while, the kids don’t have the same opportunities to walk themselves to school for instance.

Being in a big city like Sydney or London, you just don’t do that. So yeah, just letting the kids have a great youth and grow up with the freedom you don’t have in a big city. And then spending time outdoors—all the hiking, biking, skiing and other fun stuff that we do here.

Adaptability—just being able to make a decision and go for it, move to a different country, start a family, or change careers just like that.

What are some things you love about living in the Kootenays?

It’s the freedom to live like it was in the 60s, you don’t have to worry as much. Certainly a lot fewer problems than in a big city. Just being able to give the kids that opportunity. They can live in a city later, but right now they can experience what it’s like to be in nature, hike and swim, and the ski hills—how many ski hills are so close? A lot of people don’t get that chance.

Do you have any personal passion projects?

I’m on the board of the Triton Swim Club. I used to be a competitive swimmer back in England when I was growing up. My kids are on the Tritons so I volunteer there—been on the board for about four years. We’ve done a lot in that time and introduced new online tools for registration and payments and COVID plans, and trying to keep the club going through COVID.

We’ve got close to 80 kids in the club right now, and we just added a master program this year that includes some master swimmers. We’ve probably got 40 to 50 swimmers in the 8 - 10 age group right now. Most of our swimmers are 12 or 13 and under, which is a good base but we want to keep going.

Have you ever wondered what your home is worth or are thinking of selling a property?