The burgeoning sector is worth over $10.92 million and has experienced an overall average increase of 17% year-over-year. 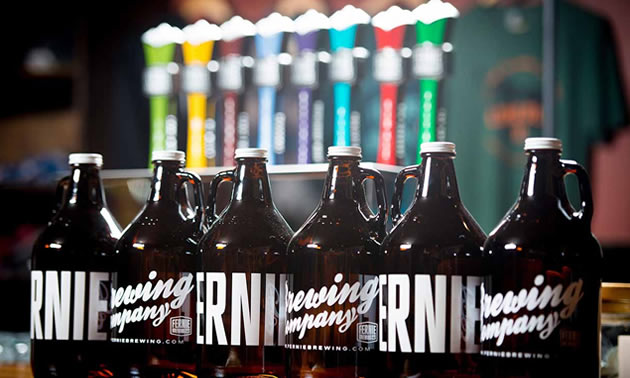 The craft beer, estate winery and craft distillery sectors are growing rapidly throughout the Kootenay/Columbia region. The burgeoning sector is worth over $10.92 million and has experienced an overall average increase of 17% year-over-year.

Once again, based on numbers from The British Columbia Liquor Control Board’s latest financial report ending March 2017, the craft beer and estate wine market is continuing to show impressive growth.

Due to last year’s aggressive expansion of their facilities, Fernie Brewing Company continues to be at the top of the list with sales hitting just over $4 million and up 41% from the 2016 report, as well as Torchlight Brewing in Nelson that jumped 33%. Creston’s Baille-Grohman Estate Winery also saw an increase of 23% in revenue. The only company to see sales drop was Mt. Begbie in Revelstoke, down a slight -2.4%.

Appearing on the list for the first time were Kimberley’s Over Time Beer Works with sales of $112,838 and Golden’s Whitetooth Brewing Company at $123,717.

The list below compares three years of sales figures from 2015 to 2017.

In addition, there are a number of other wineries in the Kootenays including Columbia Gardens in Trail, SOAHC Estate Wines in Fruitvale, Skimmerhorn Winery in Creston, Wynnwood Cellars in Wynndel and Creston's newest vintner, Red Bird Winery.  Other players in the craft beer industry in the Kootenays, not appearing on this list include: Fisher Peak Brewing Company in Cranbrook, Nelson’s Backroad Brewing Company, Nelson’s Savoy Hotel and Kaslo’s Angry Hen Brewery.

Plus quite a few distilleries have popped up in the Kootenays as well including Taynton Bay Spirits in Invermere, Bohemian Spirits in Kimberley, Fernie Distillers and Lost Boys Distilling Company in Fernie, Monashee Spirits Distillery in Revelstoke, Kootenay Country Craft Distillery of the Slocan Valley and Burton City Cider of Burton.

The above sales revenue reflects product sold directly to the British Columbia Liquor Distribution Branch. Many of these producers also sell directly from their tasting rooms or at venues like farmers markets and special events. Nor do these numbers do not reflect the company's merchandise and logo'ed apparel sales.